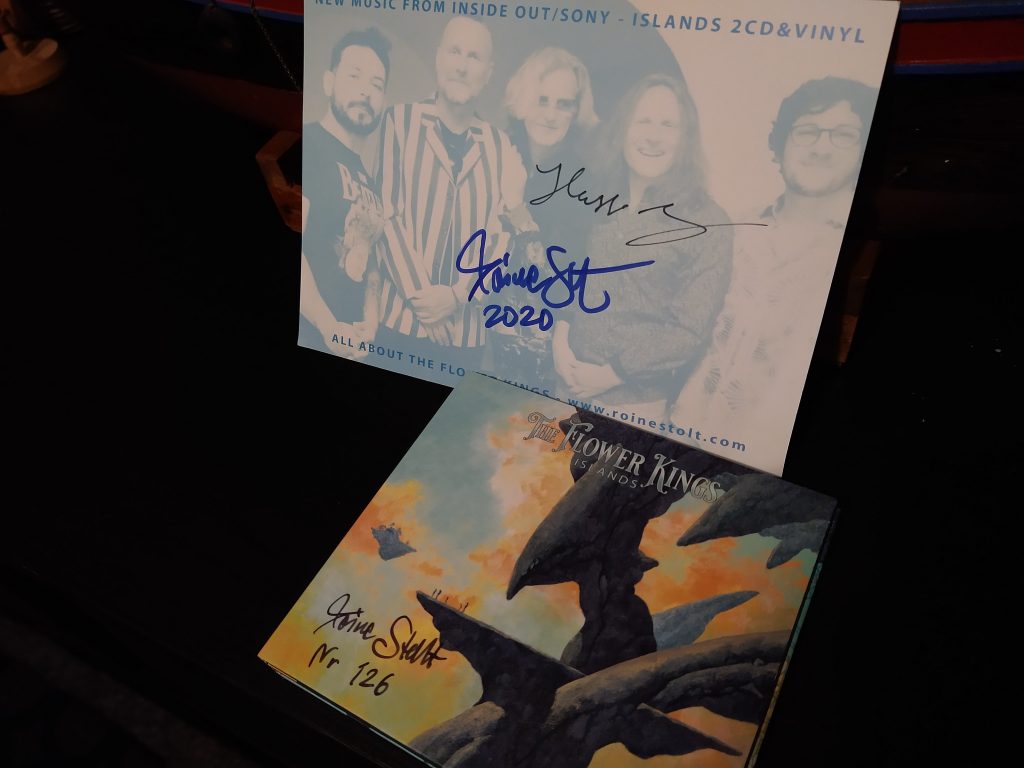 It wasn't long ago when I was posting about how we haven't seen any new Flower Kings albums in some time. Since, then we've had two in two years. This year's release comes in form of Islands, a two CD concept album with an important theme for us all.

Listening to a TFK album once is normally not enough to gauge where it sits in the grand scheme of things. It's only after the third or fourth where I start picking out highlights that help me figure what album we're dealing with and it's overall flavour. Islands took me longer to achieve this, and possibly its because its quite niche, even for TFK standards.

Islands focuses on the theme of Isolation. We live in an incredibly fast changing, ever increasingly loud world where perhaps we've actually started to feel somewhat detached. We all continue to question our purpose, how we dream of what we want to achieve and how we go about achieving it. But do we ever sit and think about our inner peace? And if we do, do we do it enough? Is there enough time to do that? Personally I can relate to the theme Islands explores, and it may well communicate with a lot of people in the same way.

Musically, Islands is definitely an album for the new generation of Flower Kings. I can hear "Back in the World of Adventures" and "Unfold the Future" seeping in now and again, and of course there are moments of melodic wizardry as you'd expect from the group. But not much stands out for me - both CDs just seem so flow from one track to another naturally, and before you know it, it's over. Some tracks are there that may appeal to a wider audience (Morning News, Broken), while some tracks are there which long term fans like myself should be familiar with (New Species - listen to that keyboard and bass in sync on those crazy melodies!). Bizarrely, not one track goes over the 10 minute mark, almost unheard of from a Flower Kings album. Where I'm leading to with this, is this - give me a Flower Kings album and I'll think of a couple of tracks which reminds me of how great each one is. Paradox Hotel? Life Will Kill You, Monsters and Men, Mommy Leave the Light On. Adam and Eve? Love Supreme, Starlight Man. Waiting for Miracles? Black Flag (there's nothing like a good clean FIGHT). Even my least favourite of theirs, The Sum of No Evil, The Sum of No Reason is a cracking track. Islands? I think I'm going to find it difficult in the future to do that.

My general feeling with Islands is that it takes time to understand it, more so than any of their other releases. Is it an album I would introduce to new listeners? Absolutely not. Is it an album I'd recommend to those familiar with The Flower Kings? I would always recommend a Flower Kings album, but thats my bias talking. Is it a shining beacon in the ever growing TFK repotoire? No. is it a solid album? Yes, but for me in some very different ways to what I'm normally used to.

As always guys, thanks for the great music, and more soon pretty please! <3 x