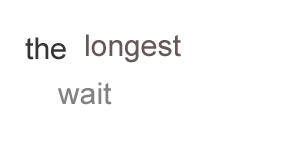 David and Rachel watched the morning break as they had done so every day for the last six months. Through rain and snow they sat on the same bench in front of the same stretch of coastline, looking out over the same sea. The recent change of seasons from Winter to Spring was welcome – It was a calm day on the water with a light southerly wind.

The daily routine started at around 06:30. David removed his sleeping bag and helped his wife out of hers. He stuffed them into one of their many backpacks and placed it by the side of the bench. He sat back down and ran his grubby hands through his thick greasy hair.

“What a lovely sun rise this morning.” he said as he stretched his back.

Rachel sat motionless, only managing a slight smile to acknowledge his comment. He looked down at his wife. Despite sleeping rough through most of the winter with nothing except two sleeping bags, some spare clothes and a tent for when the weather was particularly bad, he still found her as beautiful as the day they first met. She had long blonde hair with grey streaks that swayed in the wind, small thin cherry coloured lips and radiant green eyes that were starting to look weary. Despite what they’ve gone through, he never forgets how much he loves her and has done for the last 30 years.

As early morning past, the same group of people came and went, almost like clockwork. First, Jerry passes by with his labrador at around 07:00. Then about 15 minutes later, the runner in his green tracksuit, shortly followed by Samantha and her two little poodles. Mondays to Thursdays a cyclist would go by around 08:00. But today is Friday.

“Another week gone.“ Rachel mumbled over the top of her thick coat.

David nodded slowly. He checked his watch and looked behind him. “The library should be opening in a minute.” he turned back, shoved his hands into his coat pockets, crossed his legs and closed his eyes for a few minutes.

The library stood on the corner of the road that was only a short walk away. Next door was the Clarence Cafe, a dingy but welcoming place where the locals would feed themselves up with sausages and bacon for the day ahead. The rest of the road that ran along the coastline was full of small businesses,with the odd bed and breakfast. He knew the area well, having lived here for his whole life. He was sad to have sold the family home, but it was for good reason.

“I’ll be back in a moment love.” He gave his wife a kiss on the cheek and walked over to the library to accomplish his first task of the day. He walked in, showed his library card, sat himself down at a computer and checked his emails for any news. As expected, none. He did however receive an email from his brother, asking how he was and invited them over if they wanted to use his shower and grab a decent meal. He spent a few minutes typing out his reply, logged out and then left for the cafe.

As he walked in, the smell of bacon on the grill hit him, invigorating his hunger. The place was deserted. Radio 1 was playing softly in the background. As usual, he was greeted by Sharon the waitress.

“Not bad love, can’t complain.” she replied. After an awkward silence, she took today as an opportunity to strike up a conversation.

“I take it you’ve not heard anything?” she asked cautiously.

“I know it’s difficult love, but you…”

“But you don’t know Sharon.” he responded sharply.

“You’re right, but you have to find somewhere to live love. Weren’t you offered somewhere?”

He looked for an excuse. He didn’t want to talk about this now. “My daughter offered the floor of her living room, but her place is tiny.”

“I mean from the council.” she took her chewing gum out of her mouth and threw it in the bin.

“Yes, but. It’s too far away. Plus the heating was broken. I’d prefer the tent to be honest.”

“I will do Sharon, thanks.” he managed a smile.

Moments later, the chef appeared from the kitchen, presenting two bacon sandwiches in one hand, and two polystyrene cups of tea in the other. He placed them on the counter and disappeared out the back. David pulled out a bundle of £20 notes and gave Sharon two of them. “This should cover the next few days.” he muttered.

“Thanks love, remember what I said.” He picked up his breakfast and left to return to the bench.

By the time he returned, the sandwiches and tea had warmed his hands up nicely. He placed one of the sandwiches next to his wife, and handed her one of the cups of tea. She held it and gratefully took a couple of sips. As she did so, she watched two young fishermen setup on the beach close by.

“None. Got an e-mail from Patrick though.”

“He seems to be OK,” he replied as he sat down, “going golfing this weekend.”

She continued to sip her tea as he removed the wrapping from his bacon sandwich. David started to think about his brother and how well the family got on before life took a turn for the worst.

“Remember when Benjamin painted up his walls when he was kid? I remember that day vividly.” he chuckled as he took a bite.

“That was funny. Handprints are still there aren’t they? Even after all these years.” she replied. “He used to love going round there, always had a soft spot for his uncle Pat.”

David nodded in agreement as he took another bite. Rachel continued, “I’ll always remember that Christmas when he drew a moustache on him after he dozed off after drinking one too many bottles. Couldn’t get it off for days.”

“How could one forget.” he paused for a moment, placing his sandwich back into its wrapping for later. “That was the year he got him his first Cricket set wasn’t it?”

“I think so.” she replied. She focused her attention on the fisherman. “It was Patrick who also got him his first fishing rod.”

“He used to love his sport”. David was always thankful for his brother encouraging Benjamin to play sports, nurturing his active, adventurous side, while he focused on the academic side. Their son always enjoyed working as part of a team, smiling and joking with everyone he met. But above everything else he loved his fishing. That was quality time to himself, but sometimes enjoyed it with his best friends. In fact, it was Simon, his best friend from college, who encouraged him to row out to sea with their equipment on that cold October evening, departing from approximately where the two fishermen in front of them now stood.

Memories of the following morning of that fateful night came flooding back as they regularly did. Rachel shuffled closer to her husband, placed her head on his shoulder, wrapped her arm around his and shed another tear for her dear Benjamin. “When do you think he’ll be coming back?”

Tears started to well up in his eyes. “Soon my love, he’ll be back soon.”