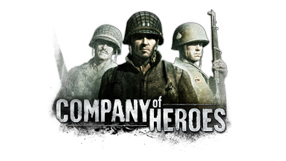 I've had the game for years, but recently I completed the super difficult Mortain: Counterattack mission of the US campaign. This compelled me to go ahead and complete as many campaigns as I could. But here's the thing - I wanted to find out how many missions were in each campaign and unless I'm doing something wrong, I couldn't find a complete list of all missions in Company of Heroes, no matter what keywords I used in Google! So I am going to provide you with a list of missions in case anyone else wanted to find this information out too but struggled like I did.

Invasion of Normandy
US Campaign
Total number of missions: 15

1. Cauquigny: Drop on the Causeway
2. Battle of Cauquigny
3. The Grey Castle

7 comments on “A list of all Company Of Heroes Missions”