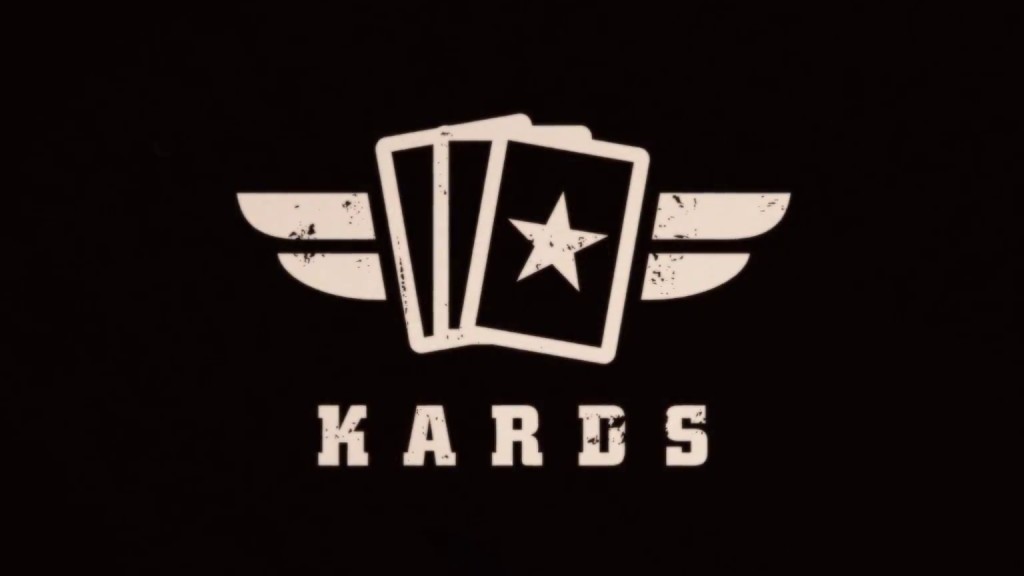 Kards is an outstanding free to play CCG with a good community and supportive developers. Matchmaking is fair, with new players playing other new players, while those with tons of experience play with others at the top.

As ever with these kind of games, time and patience will unlock a wider range of cards, allowing you to expand your decks and strategies. In my 150+ hours so far, I've come across some excellent cards that you'll rarely see me without, or at least, have played on drafting and looking to unlock. Here is a selection of my favourites so far. 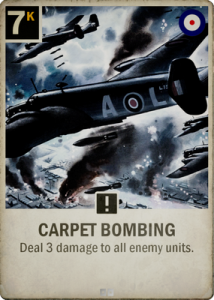 Carpet Bombing
No British deck, Main or Ally, should be without Carpet Bombing. Damage 3 to all enemy units not only clears those dreadful Japanese armies clean off the board, but also helps out with artillery on the support line. Though, it's not particularly helpful against German armies with Panthers and Tigers. 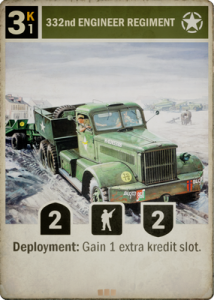 332nd Engineer Regiment
At a measly 3K, this simple unit not only gives you an extra Kredit Slot, but gives you a unit with 2-2 which, when played early game, is helpful to capture front line, or have as a deterrent. The only downside is it's a bit useless late game. But played before things get serious, it's a great one to have. 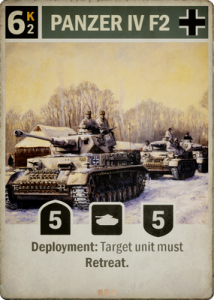 Panzer IV F2
With a cost of 6K, this solid beast of a tank packs 5-5 and forces an enemy to retreat. Great when dealing with buffed units in the support line or guard units, but not so great against a whole frontline full of Japs who have their attack buffed. Still, I always take a couple with me in every German deck I build. Another German card I like to take is...

FW 190 A
Another card at 6K, and also has 5-5, this fighter plane also draws a card. Great for defending the HQ from those nasty bombers, and for removing ground units that look like they're posing a threat. Though, like all fighters they are susceptible to artillery and again, a frontline full of high attack infantry or tanks will take this out pretty quickly if not guarded. 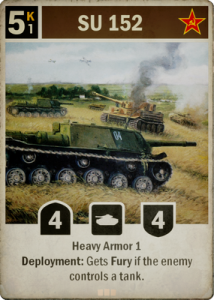 SU-152
The Soviets have some brilliant tanks, but what I like about the SU-52 is that it if gets fury if the opponent has a tank out already. Stupidly handy for removing those awkward little tanks. But it only has 4-4, which means it could be gone within a turn or two. That said, if you can get Red October on it, and up on the front line, that's some serious damage to the support line, or even the opponent's HQ. 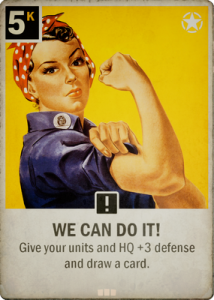 We Can Do It!
Gives all units and your HQ +3 defence, and also draws a card. All for 5K. I don't think that's a bad deal. Got Naval Support too from the Brits? Nice! 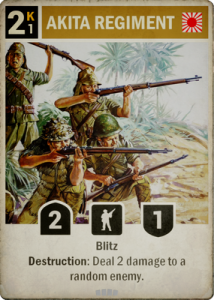 Akita Regiment
Out of all the cheap units you can get with the Japs, Akita Regiment is my favourite. Why? Because when it blows up it deals 2 damage to a random opponent. Superb early game unit, and actually works well in most of the game. The only issue is, it's a random unit, or even the opponent's HQ so it's not one to rely on when in trouble. 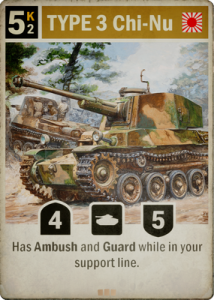 Type 3 Chi-Nu
I'm not a fan of playing as the Japanese. It's not my style, and I panic when fighting against them. But out of all their units, I love this rank. It has guard AND ambush with 4-5, but only on the support line. This to me makes it a valuable HQ defender, though could be taken out easily by a bomber or even a strong fighter in one turn. 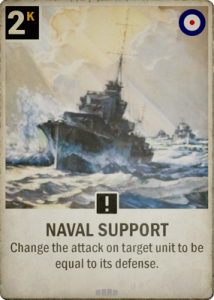 Naval Support
Probably one of my favourite cards in the whole game. Boosts attack of a card to equal it's defence. Great when boosting those Soviet 1-8 guards, but also good when you want to decrease the attack of a damaged enemy unit. Coldstream Guards give you a free one when they get deployed too. 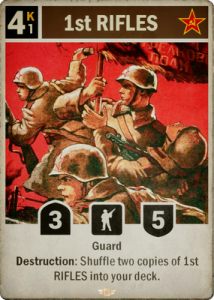 1st Rifles
I love cards that keep giving, and this one sure does that. Costs 4K to deploy, has 3-5 and guard. When it gets destroyed, 2 more get shuffled into your deck! How cool is that? You'll never run out and that's a VERY good thing. This is the card I'm saving up my resources for right now. I have played it in drafts plenty of times and its a pleasure to play. 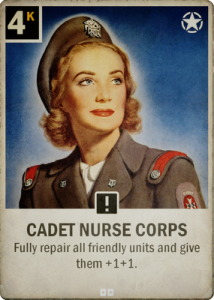 Cadet Nurse Corps
Of all the repair cards in the game, this is my favourite. Repairs all your cards on the board and gives them +1 +1. Great for those big ones that are almost dead, good for those who just need a small boost. At 4K too, it's not a bad one to play, especially late game. Supply Front is arguably stronger as it boosts units +1 +2, but only does the units on the frontline, and costs 5K instead.

84th Infantry Regiment
There are some good Guard cards out there. Coldstream guards with their free Naval Support, the Grenadier Guards with their 5-9 stats, but 84th Infantry Regiment with 1-8 is my favourite. 8 defence is a tough nut to crack early game, and at a cost of 3K it can really save the day from early Japanese onslaughts. That is of course, if it doesnt get blown up by an Amphibious Assault. Boost with Red October and Naval Support however and you have a VERY strong all round card. Just be wary of control decks throwing it back into your hand straight after buffing!

There are plenty of other cards I really enjoy playing with. Special mentions go to cards like 34th Rifles, with their 3-4 ambush and repair at the start of your turn, the Junkers JU 188 E with its 5-6 fury, and the Sexton 3-4 continuous pin. But there are of course others which I dislike which I will cover in another post.

Until next time on the battlefield!