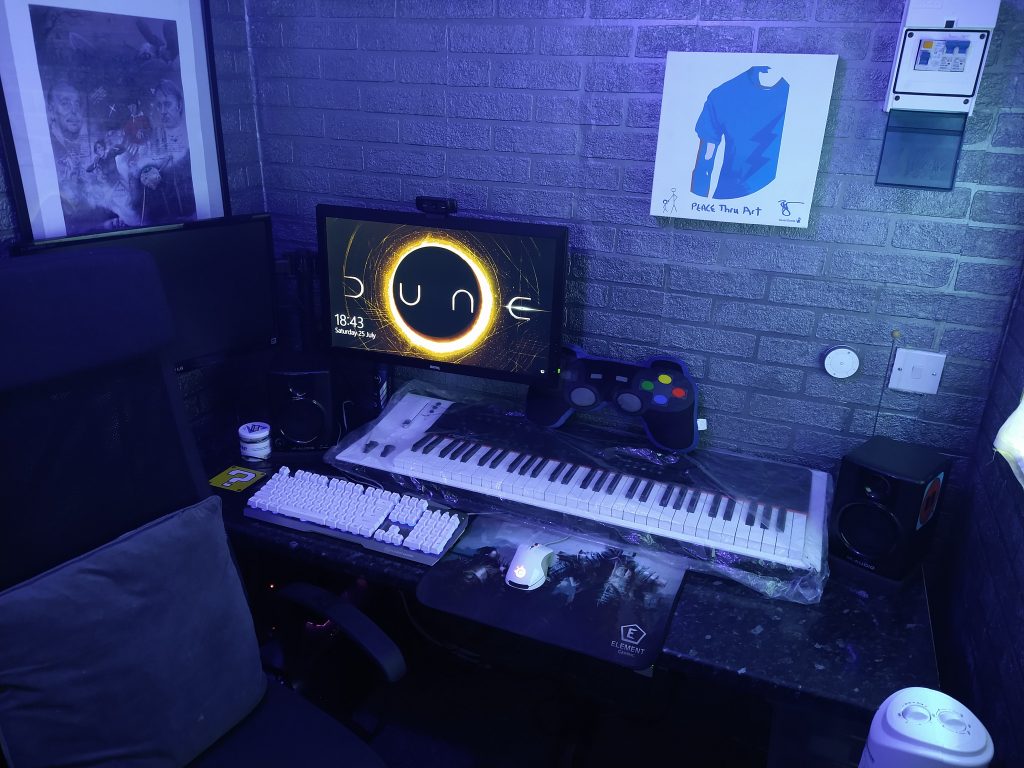 Yes! Another year has gone by like a Formula 1 car on amphetamine, but not without its fair share of great games that have not only featured on the channel but I have also enjoyed in private. As we come to the finish flag of 2020, a supernatural year of sorts, allow me to reminisce about those games, and selecting the one that really stood out for me the most. I'm not going to call it the "winner", because they all win, but it is certainly the game that said "Hey, you'll never forget me will you?". 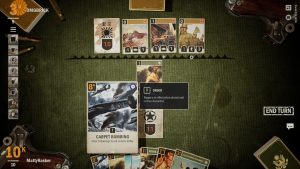 Early 2020 saw my grinding away at an early access card game that I had accidentally stumbled across on the Steam store page. Welcome to Kards, a collectible card game (CCG) with a World War II Theme. Using real life regiments, vehicles, planes and artwork from the period, Kards is a 1v1 with a feature I hadn't seen in any other CCG before. You have your support line, but you also have a front line where you can move cards to and take control of. From the front line, you can attack their HQ, but you also have planes and artillery which you can use to attack anything from a distance. Get the health points of their HQ to 0, and you win the game. Each army have their own strengths and weaknesses, how you play their strengths through how you play your cards is the key to winining. What I really liked about Kards was a) it was accessible, b) the community are friendly, and c) you don't have to spend money, and it doesn't force you to either. The game remains strong even now, and there is never a bad time to jump in and check it out. A shout out to Blue Blast, one of the top players of the game, who supported the channel immensely and was always there to give out some top tips. There are far too many other kind folk who I've met through the game to name them all, but to all of you, it was / is a pleasure to make your acquaintance.

On the back of Kards, I was on the search of more of that kind of thing. Phageborn came to my attention because the artwork was amazing, and it too had a unique feature - instead of a front line mechanic like Kards, Phageborn had two channels to play down, with the ability to move cards between them. While the game started strong, a natural disaster in the development studios home country halted development and regretfully the game died a terrible death. Still, the developers have left the servers on for people to play, but unless you have friends to invite, don't expect to be playing anyone soon.

I did eventually go on to complete the game with all the characters, play with some mods (you totally need to install the Googley Eye mod), and even vanquished the Beating Heart. Considering that game done and dusted, I went on to find Monster Train, a game that was gaining a lot of traction when it was released. Similar concept but a completely different way of playing, Monster Train had me gripped for a few weeks. While I preferred Slay the Spire, Monster Train has an incredible soundtrack, which is worth running the game up and playing just to listen to. But the best is yet to come... 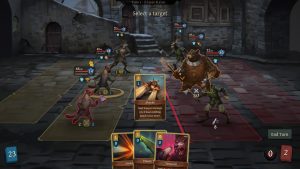 Around the end of Summer, I started to recieve review keys from developers looking to promote their games, and one key I recieved was for a game called Banners of Ruin. Which suited me, because Banners of Ruin looked right up my street - cards? Check! Rogue like? Check! Deck building? Check! ANIMALS WITH SWORDS? CHECK! Not only does the game satisfy the card rogue like cravings, but it too has a great soundtrack and wonderful art style. It is difficult as hell - 30 hours in and I'm still yet to slaughter The Warden, but I'm not one to give up that easily. Except when a new game arrives, and that game arrives in the form of Snapshot Games' new Turn Based Strategy, Phoenix Point...

Officially, Phoenix Point came out last year, released on the Epic Game Store. As someone who not only backed the game at soldier roster level, but also a volunteer at the EGX Rezzed and PC Gamer weekender 2018 exhibitions (oh, and moderator on the forums and official Discord), I couldn't help feel a little disappointed with the 'official' release. It was difficult to get into and was buggy in places. As the year progressed though, it got some solid updates, culminating up to the Year One Edition. Released on Steam and other platforms, Year One Edition is pretty much how I expected the game to be. A solid, turn based strategy with a unique free aim mode (which is, by all accounts, a lot of fun), all wrapped up in a global campaign to fight back against a mutant virus. Lovecraft meets X Com with a hint of Sid Meier is a good way of explaining it in a nutshell. It's out, and with more DLC on the way it will be with us for some time, and thats a good thing. 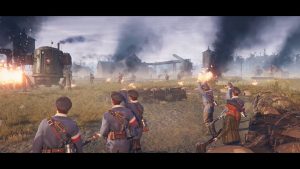 Another game that hit the scene for me with brutal, diesel punk force is Iron Harvest. I had my eye on this for a long time, having sunk a few hours into Scythe. They opened the game up for beta testing for a month, of which I took full advantage of and I have to say I was impressed. With similar gameplay mechanics to possibly my favourite RTS of all time, Company of Heroes, Iron Harvest puts you into a First World War setting with a numerous amount of creative, cool looking mechs. But not only that, but it also comes with a really solid single player campaign with superb cinematics, something Iost in the genre for some time. Yes, a lot of RTS games do have a single player campaign, but they don't really tell an engaging story. I find they tend to be more of a, "get ready for multiplayer", mode, and that doesn't work for me. Iron Harvest breaks this mould and gives me what I look for. And, we're getting all future DLC for free (at least, for now). What's not to like? Yes, release price was more than I expected, but worth every penny eventually I'm sure.

Horror wise, Phasmophobia is clearly the one that stands out for me this year. A simple premise but it ticks all the boxes for me in terms of horror. Phasmophobia has you playing the role of a ghosthunter. Either solo or with some friends, you need to investigate hauntings in particular scenarios, trying to identify what type of ghost you are dealing with. Does it send the temperature falling to below zero? Are you able to take a picture of it? Does it answer back when you ask it a question (yes, its voice enabled)? Find all the clues, get back and claim your payment so you can buy new and better equipment. Great value and a good time to be had. Shout to The Boom King for introducing me to this superb game.

Other games I've bought or started this year worthy of a mention include Radio Commander, a unique Vietnam War RTS that sees you controlling your units over radio and moving tokens over a battlefield map. Command and Conquer: Remastered also landed and brought back many a nostalgic feeling. Partisans 1941, a solid stealth strategy game (think Commandos, or more recently Blades of the Shogun) set in the Soviet Union during the German invasion.Last but certainly not least, Broken Lines, a time based turn based strategy set in a fictional world set during World War 2, featuring some cool looking cartoon style graphics which tells a superb story with well imagined  characters.

2020 has been an interesting year for everyone. I myself have had a complete change in life, including a new job working full time for myself (*shameless self promotion alert* need any creative work doing? Web / Video / Music? Maybe some writing? Let me know!), but it's also been a year where some really cracking games have come out, both in the mainstream and the indy scene.

It really is a tough call. Kards really sucked me in and I got to meet a great community. Phoenix Point released Year One Edition, and while it is truly a solid game which I rate higher than the new X-Coms, Phoenix Point *technically* didn't come out this year, and as an early backer, I have been playing it for some time. Iron Harvest is a beautiful RTS that gives me everything I want from an RTS, and featuring loads of cool mechs it makes it a close winner. 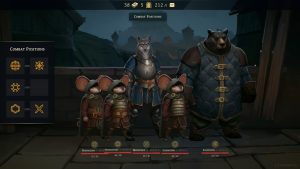 But the game that really hit the nail on the head for me this year is Banners of Ruin. Addictive, wonderful to look at, great to listen to and not without a challenge, Banners of Ruin is a superb deck building rogue like with some engaging mechanics. It's still in Early Access, but the developers continue to update it. And we are not talking about little bits of updates here and there, but infrequent updates that add wholesome amounts of content each time. I can only imagine what the end result is going to be, but I'm sure we'll be in for an asbolute treat.

So there it is, another year has gone by and we have much to look forward to I'm sure for 2021. If you want to check out some of the cool games I come across and you're looking for a nice place to chill and relax, come over to my Twitch channel. Everyone is welcome. But to every single one of you, I wish you a  Happy New Year, and best wishes to you and your friends and family for 2021.