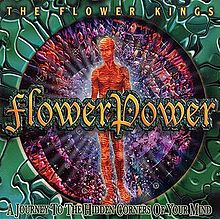 Circa 2003
I honestly cannot remember a time when I felt more inclined to be part of a fan club than now. If I recall correctly, it was called the World of Adventures (please can someone correct me if I'm wrong!) but I remember paying an annual subscription which granted me a fan club CD and some gifts through the door. It was very exciting stuff, I still have the Fanclub CDs somewhere - I really felt like I was part of something really magical.

But times have changed and things have moved on - fan clubs became groups on Facebook and such like, and the world became quite dreary. But the music lives on. When the club closed, they asked fans if they wanted their latest subscription back - I declined, and I, among many others, had our named featured on the website, thanking us for our unrivalled support for non commercial rock. Well of course they still have my support, the music meant, and still means, a lot to me, as it does for countless others. 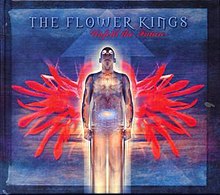 Arguably their most experimental album, Unfold the Future was, for me, such a mysterious album. In fact, I'm not even sure I ever grasped what the album was about at all, or even if it had a theme. It does however have huge soul.

Another 2CD escapade, Unfold the Future introduces Zoltán Csörsz, who is probably one of the most technical drummers I've ever heard. Which is just as well, because Unfold the Future delves into some real, deep experimental, free form jazz, something never attempted by the Flower Kings before, or even after. You can hear Zoltan and Jonas just hitting off each other so well on tracks like Constantinopol, Soul Vortex and Devils Playground.

It also introduced Daniel Gildenlow as a guest singer. I like Daniel Gildenlow, and I liked Pain of Salvation back in the day, but I was never too sure how he fitted into the Flower Kings family. He's got such a powerful voice, I just couldn't help missing Roines delightful, softer tones. With that said, Roines voice on songs like Fast Lane and Rolling the Dice? Yes, I can see why they got him in - after all, the album was exploring new territory in so many ways, and for that reason it worked very well.

I wouldn't advice Unfold the Future as an early introduction to The Flower Kings, but certainly one to own, especially if you dig the jazz.

Adam and Eve
2004 celebrated the 10th Anniversary of The Flower Kings, and out came Adam and Eve the year before. Adam and Eve is a relatively straightforward affair - starting with the usual 20 minute or so grand entrance that Flower Kings albums tend to do (and what an entrance - Love Supreme is a really fantastic song), it was a straightforward, inoffensive, melodic progressive rock album. Once again, they brought Daniel Gildenlow in for the ride, his vocals fitting nicely with A Vampires View and the title track, Adam and Eve.

Adam and Eve didn't do a great deal for me as an album, though one track I just want to hug over and over, and that is Starlight Man. What this song does is, it proves that the Flower Kings didn't have to make a track long, or complex, or even have wildly changing chord structures and time signatures to be incredibly powerful. And yet, that is exactly what Starlight Man did.

Adam and Eve for me though sits with Retropolis - it was a good, enjoyable album, but it was a rather safe album and for that reason, it sits rather forgotten about.

2004 - The Mean Fiddler, London
It was about time I went to see The Flower Kings live, and I made it my mission to. To see my favourite musicians of all time on stage, for the first time, it was truly eventful for me. I remember Roine as he tuned his guitar up, asking the audience, "The mean fiddler, who is the mean fiddler. Am I the mean fiddler? Who knows?" and then breaking into Love Surpreme.

Mostly tracks from Adam and Eve were played that evening, but they did cover earlier stuff. From memory, Stardust We Are, Psychedlic Postcard. I seem to remember the encored with Unfold the Future. Encore! With a half hour track! boy, did we feel lucky that evening.

However, one thing really stood out for me at this gig - they did this incredible version of I Am the Walrus by the Beatles. My favourite band, doing my favourite Beatles track. And I mean, it really rocked. But, I am sad to say, no recording exists anyway, so Roine - if you're reading this, I will pay good money, just to hear you guys record this. And I'd also pay even more if I could, you know, sit there while you guys recorded it? I'll bring my keyboard too (OK, I'm probably asking a bit too much now) 😀 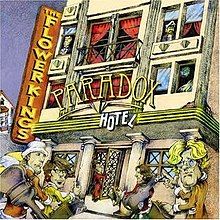 If Flower Power is my all time favourite album from them, which it is, and OK, Back in the World of Adventures I guess would be my second, if this album wasn't. Though if you were to split Flower Kings music into two groups - Early and Late, this would be the best of the Late stuff.

Paradox Hotel is a two CD extravaganza of everything you would expect from The Flower Kings. It's concept is a top down view of the world. When we are born, we check in to the Paradox Hotel, do what is on offer, and then when we die, we pack our bags and we check out. While we are there, we observe other people and how they live their lives. Like life, the album is a roller coaster of emotions - jealousy, love, hate, that feeling as a kid when your mummy used to read you your bed time story and you drifted off to sleep, that feeling of being on top of the world, sadness and religion. A lot of topics to cover in one album, but it is executed with sheer perfection.

It is the only album to feature the drummer Marcus Liliequist, who apparently, according to the CD sleeve, "bashes the shit" out of his drums. Still technically very good, you can hear that this album rocks out a little more than the others, so a bit of hard hitting on the kit was definitely needed. Take "Life Will Kill You", a message from Hasse Froberg, telling you to "go live your life because one day, life is gonna kill you", that track seriously rocks out (and is one of the best on the album).

The Flower Kings were most certainly in full swing by now. Regretfully, for me, that swing is about to lose its momentum.

I can't quite put my finger on it, but I am going to lay most of the blame on the first track "One More Time". Normally, The beginning of a Flower Kings album puts you in the mood you need to be in to enjoy it. It sets the tone and it gives you an idea of what to expect. "One More Time" doesn't really do...any of that for me. Which is a shame, because the rest of the album, albeit not very long, isn't all that bad. In fact, "The Sum Of No Reason" is most certainly on my Flower Kings top tracks of all time. But I struggle to understand the meaning behind The Sum of No Evil, the underlying story. It therefore sits as my least favourite Flower Kings album.

2008 comes and goes, as does 2009. And then 2010....where are they? The Flower Kings seemed to have disappeared and gone and done other projects. Could this be it? Was The Sum of No Evil that bad? Thankfully...2012 arrives and some big news comes with it...

...tune in for Part 3 of my Flower Kings tribute soon!